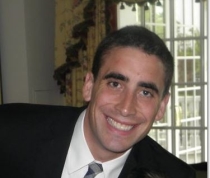 I used to think that I had a love/hate relationship with email. But lately, I’ve simplified my Outlook: I just hate email.

I hate how email has tricked me into thinking it’s always the most efficient mode of communication. It’s usually not until I’m 15 emails deep in a discussion about, say, the shape of the backing paper on a Mold-In-Graphic that I realize I probably should have just picked up the damn phone.

I hate how email feels so deceptively similar to actually getting work done – look, I’m sitting at my desk, I’m typing, I’m reading, I’m communicating…  I’m working! Meanwhile, the list of meaningful projects that I want to get started on or need to finish gets longer by the day.

I hate how email spawns massive communication breakdowns due to the simple fact that Times New Roman doesn’t have a setting for “just kidding” – or for anything else in the broad range of flourishes available to practitioners of conversational speech. We are constantly misunderstanding each other, offending each other, and not getting each other’s jokes. It’s a hopeless situation, unless emoticon usage suddenly becomes standard business practice. And nobody wants that. 🙂

But most of all, I hate that email doesn’t come with rules, or even suggested guidelines. Beyond the understanding that (intentionally) swearing at your customers is generally a no-no, our inboxes may as well be outposts in the lawless Wild West.

Some perspective: in 1990, nobody outside of the tech industry knew what an email was. Jump to the mid-2000s, and email was well established as the central communication tool of the business world. In the space of 15 years, it progressed from nonexistence to preeminence.

At no point was a training seminar held.

This is a very unusual circumstance, when you stop to think about it. There’s a right way and a wrong way to do just about everything in business, particularly for us manufacturers (at Formed Plastics, we even have detailed procedures outlining the who, when, and why of making a pot of coffee). Any company going through a Lean transition or preparing for an ISO audit will quickly learn that they are doing more things wrong then they possibly could have imagined. Yet email remains stationed in the murky international waters of personal preference.

Imagine if we handed car keys to everybody alive in 1890 and expected them to figure it out on their own – sure, people would get around a whole lot faster, but it wouldn’t be pretty.  Anyone who considers this example a bit extreme has never had to spend hours scrolling through hundreds of old emails in search of the single misinterpreted sentence that snowballed into a crisis.

Email is probably here to stay, so why not get together and establish some basic ground rules?

As it happens, I’ll be presenting my personal take on some email best practices at the ARM Spring Executive Forum. My hope is that the presentation will be a stepping stone on my way to a string of highly-paid speaking engagements and, eventually, the passing of legislation (hopefully in my name) that codifies what email should be and can be: communication that is fast, clear, concise, useful, and always available for reference.

I hope to see you there!

David Long is the Executive Vice President of Formed Plastics, Inc. and a member of the ARM Board of Directors and Future Leaders.

The ARM Blog is written by a variety of leaders in the rotational molding industry. We encourage you to share your input in the comment section. If you’re interested in writing a post for the blog, email ARM staff at info@rotomolding.org.

5 thoughts on “I Hate Email”